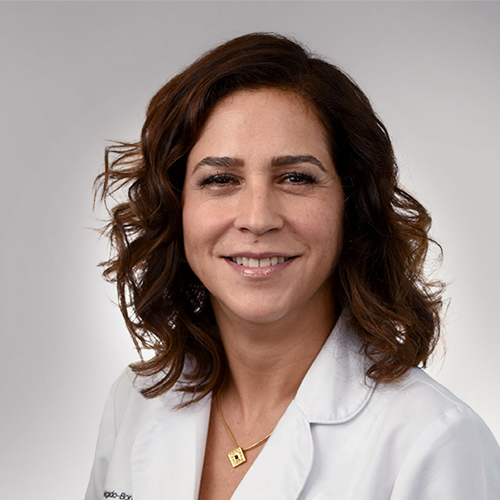 Dr. Aymin Delgado-Borrego has more than 15 years of experience in pediatrics and pediatric gastroenterology. She is currently an attending physician at Joe DiMaggio Children’s Hospital in Hollywood, Florida, and has additional clinical appointments at Plantation General Hospital in Plantation and Palmetto General Hospital in Hialeah. Dr. Delgado-Borrego serves as the director of hepatology of the KIDZ Medical Services’ division of pediatric gastroenterology, hepatology, and nutrition.

Dr. Delgado-Borrego completed her undergraduate courses at Brown University in Providence, Rhode Island, then obtained her medical degree at the New York University School of Medicine in New York City. She began her internship at the Mayo Clinic in Rochester, Minnesota, later transferring to Jackson Memorial Hospital/ University of Miami in Florida, where she completed her residency in pediatrics. Dr. Delgado-Borrego pursued her subspecialty in pediatric gastroenterology at Boston Children’s Hospital / Harvard University in Boston, Massachusetts, and pursued a master’s degree at Harvard University’s School of Public Health. She worked as a faculty member at Boston Children’s Hospital for more than a year before relocating to South Florida, where she worked at the Holtz Children’s Hospital in Miami before joining KIDZ Medical Services.

Dr. Delgado-Borrego has an extensive record of research and clinical publications in her field. She has received funding from the National Institutes of Health and the Robert Wood Johnson Foundation for her research work and has also received multiple awards including the Jan Albrecht Commitment to Clinical Research in Liver Diseases award from the American Association for the Study of Liver Diseases (AASLD), among others. Dr. Delgado-Borrego has been recognized by Best Doctors for over 10 consecutive years, a national poll that identifies the top 5% of specialists that doctors trust most. Most importantly, Dr. Delgado-Borrego is highly committed to her work and has a passion for providing the highest quality care possible to her patients.